Impact of proposed Waters of the U.S. (WOTUS) redefinition on wetlands and waters in New York: a case study 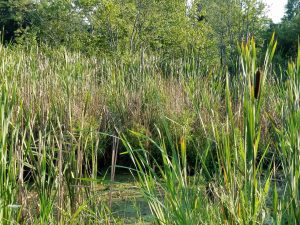 The Trump Administration’s draconian proposal to redefine waters of the United States will wreak havoc on the wetlands and waters of New York. Given that New York’s wetlands protection law only regulates wetlands that are greater than 12.4 acres in size, many of the wetlands in New York will be left without any protection. The proposed rule would eliminate jurisdiction from as many as 55% of New York’s streams, which would result in increased flooding, and adverse impacts to drinking water quality and quantity. Moreover, the potential loss of these wetlands will impact fish and wildlife and exacerbate climate change. PEER expects this proposed rule will be issues soon as a final rule, and when it does we are prepared to work with other groups to stop its implementation.

Wetlands and waters in New York. New York originally contained an estimated 2,562,000 acres of wetlands. Today, 60% have been lost to filling, draining, and conversion to agriculture and developments. Only a little more than 1 million acres of wetlands remain. (1)

New York contains varied terrain, including mountainous regions with deep ravines and streams, and lowlands with lakes. Wetlands in New York are equally as diverse as the terrain, including forested, scrub-shrub, and emergent wetlands, and bogs and vernal pools. New York also has rare fen wetlands, groundwater dependent ecosystems that are dominated by brown mosses and sedges.(2) Fens take thousands of years to form, have peat saturated with groundwater, and are extremely difficult to restore once they are destroyed. Fens have high biodiversity and are home to rare plants, invertebrates, and mammals. Fens are also a major sink for atmospheric carbon, and therefore can help alleviate climate change. Only 9% of these rare New York fens are permanently protected from development.(3)

Wetlands and waters protected by New York. Currently, the New York State Department of Environmental Conservation (DEC) only has the authority to regulate wetlands 12.4 acres or greater that are mapped. Wetlands smaller than this are only protected if they are considered of “unusual local importance.”(4) New York is the only state in the northeast to have a size restriction on the regulation of freshwater wetlands. Rather than protect most wetlands in the state, New York focuses on protecting two main types of wetlands: “tidal wetlands around Long Island, New York City and up the Hudson River all the way to Troy Dam; and freshwater wetlands found on river and lake floodplains across the state.”(5)

Moreover, New York only protects streams and their 50 foot buffer zones if they are mapped.(6) Numerous intermittent, ephemeral, and headwater streams are not mapped and therefore not afforded state protection.

Functions and values of wetlands and waters in New York. Wetlands in New York provide critical flood and stormwater control by absorbing, storing, and slowly releasing rain and snow melt. This minimizes flooding and stabilizes and slows the flow of rivers, which in turn prevents soil erosion. Wetlands also discharge water to provide flow in waters such as streams, rivers, ponds and lakes, particularly during droughts. This, in turn, is necessary for maintaining drinking water supplies. Wetlands are also necessary for improving drinking water quality; they absorb suspended solids, sediment, and contaminants.

Wetlands provide critical feeding, nesting, spawning, resting habitat for fish and wildlife, including many rare and endangered species. Wetlands in New York also provide recreation, and many people take advantage of the hiking, hunting and fishing in wetlands and their buffer zones. 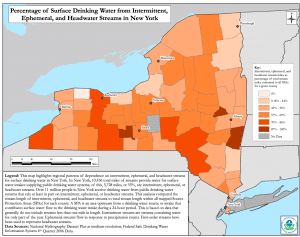 Which New York wetlands are currently protected under the federal Clean Water Act? Under today’s federal Clean Water Act, freshwater wetlands and intermittent and ephemeral streams are likely to be protected if there is a “significant nexus” to navigable waterways. Specifically, such a nexus exists where the wetland or stream, either individually or in combination with other similar wetlands and waters, significantly affects the physical, biological, and chemical integrity of the downstream navigable waterway. Many of the isolated wetlands, fens, and ephemeral streams in New York are close to larger, more traditional navigable waterways, and contribute water, purification, and other functions to these downstream waters. 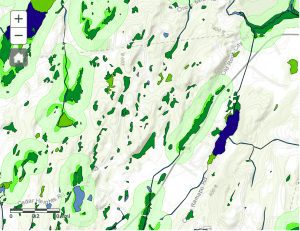 Rhinebeck, New York is on the east side of, and bordering, the Hudson River. A little more than 10% of the town is water, and because it is in the Hudson River valley, the topography is relatively gentle. Wetlands in Rhinebeck are often small and appear geographically isolated. Most of the wetlands in Rhinebeck would be jurisdictional under the Clean Water Act today, due to the proximity to the Hudson River and the streams feeding the Hudson. Therefore, filling, draining, and/or discharging pollutants into any of the dark green or blue areas in Figure 2, below, would likely require a federal Clean Water Act permit. Moreover, many of the streams (depicted as blue and/or green lines in Figure 2) would also be federally jurisdictional. 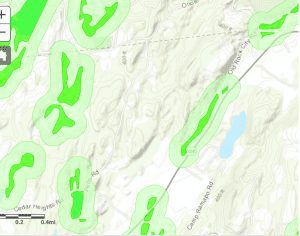 Figure 3: State protected wetlands in a portion of Rhinebeck, NY

Because the State of New York only regulates freshwater wetlands greater than 12.4 acres in size, the DEC maps those wetlands that require permits. Figure 3 shows the same area of Rhinebeck with state protected wetlands. 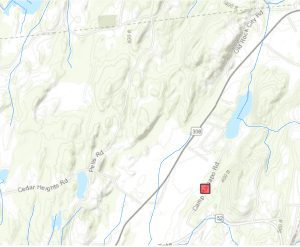 In fact, the Hudson Valley, including Rhinebeck, has “one of the most diverse turtle populations in the country.”8

The Town of Rhinebeck was so concerned about the fate of the wetlands in their town that they adopted a Freshwater Wetlands Law. This law, adopted in 2009, states that the own will “exercise shared authority to regulate freshwater wetlands with the New York State Department of Environmental Conservation and the United States Army Corps of Engineers.”9  As such, Rhinebeck relies on the U.S. Army Corps of Engineer’s wetland delineation manual to determine which wetlands are jurisdictional. The preamble to their law states:

These valuable natural resources benefit the entire Town and the surrounding region. The integrity of these water resources and maintenance of their full functions and benefits is inextricably linked to the presence of intact, surrounding natural communities on adjacent upland buffer areas. Such communities are exceptionally rich in biodiversity and can protect or ameliorate water quality impacts from adjacent land uses.10

The law also points out that:

Wetlands comprise the surface water sources (headwaters) of the Landsman Kill, Saw Kill, Fallsburg Creek, Rhinebeck Kill, and Crumb Elbow Creek as well as several tributaries that flow directly into the Hudson River, helping to maintain stream flow and an unpolluted source for surface water supplies… Wetlands have been estimated to store as much as 40% of global terrestrial carbon. Destruction of wetland areas causes the release of carbon dioxide, the gas that accounts for a majority of the global warming effect.11

Unfortunately, because Rhinebeck’s protections are tied to that of the federal government’s, when the proposal to redefine waters of the United States is finalized, all of these wetlands and waters will be at risk. 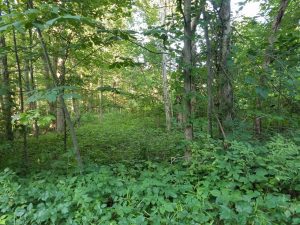 The Trump Administration’s draconian proposal to redefine waters of the United States will wreak havoc on the wetlands and waters of New York. Given that New York’s wetlands protection law only regulates wetlands that are greater than 12.4 acres in size, many of the wetlands in New York will be left without any protection. The proposed rule would eliminate jurisdiction from as many as 55% of New York’s streams, which would result in increased flooding, and adverse impacts to drinking water quality and quantity. Moreover, the potential loss of these wetlands will impact fish and wildlife, and exacerbate climate change.