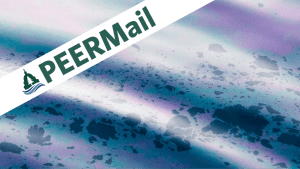 Much of the world is shocked by the botched response of the United States to the coronavirus outbreak.

Responsibility for this fiasco lies with President Trump and politicians like Senate leader Mitch McConnell who have a long history working feverishly to gut funding of our public health agencies and ignoring the advice of scientists and health advocates. As our hospitals beg for resources to save lives, Americans are now living the result of a decades-long anti-government, anti-public-health agenda.

Amid this crisis, the Trump administration is remaining faithful to the adage “you should never let a serious crisis go to waste” by speeding up its anti-science, pro-industry deregulatory agenda, such as giving industry a free pass to pollute and rushing through a secret science rule.

Some of the administration’s decisions are just downright witless. Their decision to leave most National Parks open has endangered local communities and park staff and flies in the face of what health experts are recommending. Fortunately, many communities are fighting back, and more and more parks are now closing. But the damage has been done.

Meeting the challenges posed by COVID-19 in the year ahead will be difficult for all of us. As civil servants — from EMS responders, nurses and doctors, to park rangers and environmental inspectors — step up and put themselves at risk to protect and serve our communities, let’s all take heed of what true public service and self-sacrifice are, and let science, compassion and public health drive our actions in response to this crisis.

Please keep in touch and share your experiences with us. Let us know how we can help. And as events unfold, we hope we can count on your continued support. Fortunately, a significant source of our strength has been and will remain the public servants on the front lines who are working for all of us.

PEER submitted comments opposing the Commission on Environmental Quality (CEQ)’s proposal to fillet the National Environmental Policy Act (NEPA), which requires that every federal agency consider environmental consequences before any action or decision that might have a significant effect on the environment. The proposed amendment would allow agencies to ignore any information outside of a predefined scope, ignore the impacts of climate change, and consider private economic gain on the same level as public environmental harms.

Ten prominent retired U.S. Fish and Wildlife Service (FWS), Public Affairs, Communications, and Outreach officers have criticized the FWS in an unprecedented Inspector General complaint about a FWS press release that announced a public comment period on the agency’s proposed rule to weaken the Migratory Bird Treaty Act (MBTA) to benefit oil, gas, and mining interests. The proposed rule would allow industry to kill birds in their operations without legal consequences unless the government proves the killings were intentional. Their complaint says that the release was “bizarre and unacceptable” and violated basic fairness as well as the FWS’s own communications policies by attaching supportive industry comments, giving them “preferential treatment.”

EPA has used the COVID-19 crisis as an excuse not to move forward with regulations on PFAS chemicals. In an opinion piece, Tim Whitehouse, Claudia Polsky of the University of California Berkeley and Tom Bruton of the Green Science Policy Institute argue that the COVID-19 crisis does not justify agency delay in regulating PFAS, but instead amplifies the urgency of action. PFAS chemicals are known to cause liver and thyroid disease, high cholesterol and cancer, and suppress the human immune system.