BLOG | EPA Creating A “Pandemic of Pollution” Since COVID-19 Crisis 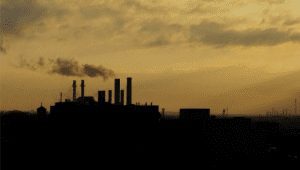 U.S. EPA exempts oil and gas industry polluters from enforcement for polluting during the pandemic.

Despite the connection between exposure to air pollution and adverse outcomes from COVID-19, EPA continues to accelerate its efforts to gut important air quality protections, unleashing what a new staff report by U.S. Senator Carper calls a “pandemic of pollution.”

Since March 1, EPA has rolled back vehicle fuel economy standards, relaxing efforts to limit tailpipe pollution and virtually undoing one of the government’s most significant efforts to combat climate change. It has also weakened the mercury and air toxics standards, as well as the requirements for repair and disposal of refrigeration appliances and industrial refrigeration units. Now only ozone-depleting substances will be subject to the rule’s requirements, thereby exempting other harmful substances that pose risks to climate change and air quality.

And it ignored its own scientists’ recommendations to strengthen annual standards for fine particulate matter pollution by proposing to keep those standards the same.

As the pandemic spread across the country, one of EPA’s first actions was to tell polluters they would be mostly exempt from enforcement for polluting during the pandemic. This was done at the request of the oil and gas industry.

Most glaringly, despite opposition from almost every scientific organization in the U.S., EPA has pushed ahead with a “Censored Science Rule,” which would bar the agency from using critical scientific studies when underlying data is not publicly available, such as health studies where patient data must be protected by law. The rule ignores well-established, existing rules for vetting scientific research.

To keep his deregulatory agenda rolling, on May 19, Trump signed an executive order directing federal agencies to ease up on enforcement and relieve regulatory burdens to aid economic recovery. To some, it may sound like a reasonable approach, but according to the publication Utility Dive, even industry groups say they have more pressing concerns, like unpaid utility bills that have resulted from a surge in unemployment.

As the coronavirus continues to sweep across the country, Trump and his team are speeding up their efforts to undo environmental and public health protections. They are doing this not to address legitimate issues raised by the pandemic, but to dole out favors to the wealthy special interest groups propping up this administration. They are doing it quickly to make sure a new administration cannot easily undo these changes.

Until Trump, EPA was the country’s primary agency in charge of protecting public health and the environment. Now EPA is laying the groundwork for a “pandemic of pollution,” fueled by corruption and self-dealing.

Challenging EPA’s rollbacks and supporting its scientists is a part of PEER’s job, one that gets more important with each passing day.