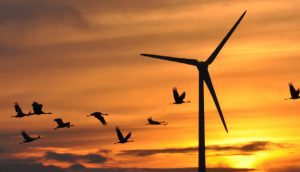 Public Employees for Environmental Responsibility (PEER) is familiar with offshore utility-scale wind energy projects. Their effects are not completely benign. For example, PEER and other partners sued the Obama Administration in 2012 when the Bureau of Ocean Energy Management (BOEM) in the Department of the Interior approved a project called “Cape Wind” to construct up to 130 turbines off the coast of Cape Cod, Massachusetts.

Based upon data provided by employees and scientists of the United States Fish and Wildlife Service (USFWS), PEER’s suit alleged that the agency violated, among other laws, the National Environmental Policy Act (NEPA) and the Endangered Species Act (ESA). PEER asserted that the turbines could kill federally-listed migrating roseate terns and piping plovers as the turbines would be built in the Atlantic Flyway.

The project proponent refused to modify the turbine operations to minimize harm by “feathering” down the turbines during peak migrations, and the USFWS, after first recommending such changes, decided against imposing that requirement on the project.

On July 5, 2016, the Circuit Court of Appeals for the D.C. Circuit agreed with PEER, vacated the Environmental Impact Statement (EIS) and the USFWS incidental take permit. Cape Wind was never built after it encountered a series of funding and other obstacles.

Today, seven wind turbines operate offshore the U.S. Five are on state submerged lands belonging to Rhode Island, called Block Island Wind. Constructed in 2015, the turbines produce 30 MW of power. Two turbines, generating 12 MW of power, were installed in June 2020 on federally-controlled waters (the only ones in such waters). They are owned by Dominion Power, 43 kilometers off of Virginia Beach, Virginia. Together, the two projects produce 42 megawatts of electricity. On March 29, 2021, the Administration announced a goal to increase installed offshore wind capacity to 30,000 megawatts by the end of the decade.

The first such project is Vineyard Wind with roughly 100 turbines. Dozens of more projects are in the wings. Vineyard Wind review was delayed in 2020 over the need to conduct more expansive cumulative impact analysis. However, on March 12, 2021, BOEM did a complete about face and issued a Record of Decision (ROD) for an expanded project.

NEPA does not require that a project be environmentally beneficial, only that agencies, before taking a major Federal action, consider the alternatives and the effects. NEPA is a process and does not prescribe an outcome. The ESA is a very different law. The ESA imposes an affirmative obligation to conserve listed species and to refrain from take/harm of such species (or adverse modification of habitat deemed critical to a listed species) unless under a “take” permit.

Moving from seven turbines to thousands along our East Coast is certain to have significant cumulative impacts, both positive but also negative, on the quality of the human environment, and, in addition, navigation, endangered species, marine mammals and fisheries. Beginning with Vineyard Wind, we need to watch whether science is ignored or suppressed, and if true analysis of cumulative effects of multiple massive projects will be truncated to advance the goals of the utility-scale wind energy industry, and the green economy.

Note of May 13, 2021
On May 10, 2021, the Bureau of Ocean Energy Management issued a Record of Decision (ROD) on the Vineyard Wind offshore project. The Interior agency approved a slightly smaller project (84 turbines) than proposed. The agency imposed no requirements on turbine operation to minimize bird kill, finding instead that the project may have minor, beneficial impacts on birds. The Environmental Impact Statement and the ROD gave only lip service to the cumulative impacts of the project. Vineyard Wind is the first of an onslaught of mega ocean wind projects planned for the coasts of Southern New England and the Mid-Atlantic States. Revolution Wind, a project off Rhode Island, is now beginning environmental review.

See also, Part One of this series:
Mining: An Eco-Price for Fighting Climate Change»

Frank Buono has served on the PEER Board of Directors for 21 years, many of those as its Chair. Prior to that, he worked for the National Park Service for almost 30 years, in virtually every aspect of national parks as a backcountry and law enforcement ranger, interpreter, fee collector, volunteer, and retired as deputy superintendent of Joshua Tree National Park. Since his retirement from NPS, he instructed at the National Park Academy for another 20 years.