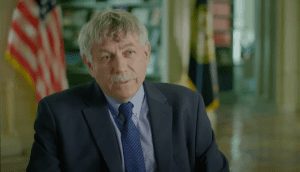 President Biden’s effort to fix a broken system of safeguards designed to prevent political manipulation and suppression of science rests upon a single dubious premise – the Executive Branch is capable of restraining its own appointees who break rules in furthering the administration’s political agenda.

The fate of the official who had been charged with accomplishing this task is illustrative. Eric Lander is the President’s chief scientific adviser and Director of the White House Office of Science & Technology Policy (OSTP). Dr. Lander is unquestionably a distinguished scientist, but he is apparently just as unquestionably a demeaning, overbearing bully.

“If you are ever working with me and I hear you treat another colleague with disrespect, talk down to someone, I promise you I will fire you on the spot. On the spot. No ifs, ands or buts.”

In recent weeks, a torrent of complaints from Lander’s OSTP staff prompted a White House investigation which found “credible evidence” that the charges were true. Yet when the White House first received its own investigative report on Lander, zero tolerance was put on hold. Initially, the White House insisted that Lander would stay on the job and would undergo counseling, following a letter of apology Lander sent to all OSTP staff.

It quickly became clear that keeping Lander would be a massive distraction, especially when the investigative report would inevitably be released, and even more damaging details would emerge. As one OSTP staff person wrote: “Lander’s apology did not come close to addressing the full extent of his egregious behavior.”

Only then, in the words of Press Secretary Jen Psaki, “The President accepted Dr. Eric Lander’s resignation letter this evening with gratitude.” That hardly sounds like zero tolerance.

Perhaps not surprisingly, Lander’s mission to foster zero tolerance for scientific misconduct was not off to a good start either. Months behind schedule, his office issued a mushy report that admitted a myriad of problems but offered no solutions.

One major problem is that violation of scientific integrity policies carries no penalties. Another obvious shortfall is that scientists have little legal recourse when their research is stifled or improperly altered.

In fact, the Biden appointees in one major EPA office are defending managers who routinely alter risk assessments for new chemicals to remove hazard indications that are vital in protecting public health. It is particularly galling that this rampant scientific misconduct is today defended by senior officials who loudly profess their own fealty to scientific integrity.

In short, like the shambles Lander has left behind at OSTP, Biden’s scientific integrity effort may not move beyond the launch pad.

One emerging lesson should be that the Executive Branch cannot be trusted to police itself. Congress must act to create enforceable legal protections for scientists when their work does not support administration policy goals. Congress must also act to ensure enforceable levels of transparency so as to make official attempts to suppress research or differing scientific views ultimately futile.

Until new laws are enacted to anchor the accuracy of scientific information and shield researchers from reprisal, the integrity of government science will remain at the mercy of the political winds.