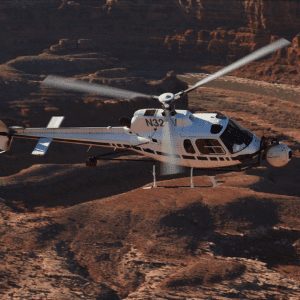 In the late 1990s, incessant helicopter flights of tourists over Glacier National Park often hovered over terrified wildlife. Park protests to local air operators did not curb these low-flying overflights even during sensitive periods, such as mating seasons. So, the park took the drastic step of adopting a General Management Plan that forbade all further air tours above the park.

The Glacier superintendent soon learned that his jurisdiction stopped at the treetops. Another agency, the Federal Aviation Administration, controlled civilian air traffic, even flights directly above national parks. The FAA sees its mission as to promote this type of civilian aviation and it had no intention of restricting it.

So, Congress stepped in and adopted the National Park Air Tour Management Act of 2000. In a typical legislatively compromising fashion, Congress did not allow the Park Service to encroach on FAA turf, or vice versa. Instead, Congress required both the FAA and National Park Service (NPS) to work in cooperation to jointly craft air tour management plans in any park with more than 50 overflights a year.

It turns out that any law requiring two agencies with dissimilar missions to cooperate is doomed to failure. That was certainly the case here.

Despite the law’s mandate that the two agencies fashion air tour management plans within two years of issuing interim approvals to any operators then in the skies over national parks, no such plan was developed. Years went by and the years became decades, as air tours continued unabated. At a park like Hawaii Volcanoes, for example, nearby residents heard and felt helicopters launched every eight minutes on average from dawn until dusk seven days a week.

It was at the request of Glacier staff that PEER got involved. We decided that the only path forward required a lawsuit against the two agencies on the grounds that 20 years of inaction constituted unreasonable delay. Fortunately, the U.S. Court of Appeal for the District of Columbia agreed.

In a May 2020 ruling, the Court ordered the two agencies to complete air tour management plans for the 24 national parks, ranging from Mt. Rushmore to Great Smoky Mountains to Lake Mead, with enough traffic to require such plans.

Through the next year, the two agencies dutifully submitted progress reports to the Court indicating they were on track to meet the court-ordered deadline of August 31, 2022 (i.e., just weeks ago). 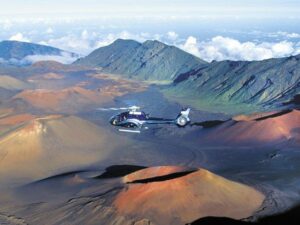 Early this year, the tone of those progress reports changed, and the agencies started to indicate that they could not prepare plans in time. Further, the agencies indicated that for about half the parks they intended to forego any environmental review, as required under the National Environmental Policy Act (NEPA) to determine the impacts of different alternatives, including eliminating or greatly reducing overflights. Instead, the two agencies said that for these dozen parks, it would basically grandfather in all existing flights previously approved on an “interim” basis as their approved plans. That prompted us to go back to court to argue that this ploy obviated the whole purpose of the management plans – to protect both park resources and the visitor experience from noisy aerial disruption.

In response to our enforcement motion, the Court ordered a special briefing on the issue and, in an unusual move, required that the agencies’ brief be co-signed by both the NPS Director and FAA Administrator.

By the August 31st deadline, the agencies had adopted the very first air tour management plans for the three parks with the least traffic (Olympic, Mt. Rainier, and Death Valley) without NEPA review, cementing in these parks’ current low traffic levels.

Then, in mid-September, the agencies adopted a plan for Glacier, that, again without NEPA review, adopted the average number of flights for the past three years (114 per year) as their “plan.” But the agencies then did something singular. Noting that the Glacier General Management Plan from the 1990s had banned overflights, the agencies concluded that meeting the park’s objective required that all overflights be sunset. So, the Glacier Air Tour Management Plan provides that all overflights will cease after December 31, 2029.

This seven-year phase out seems excessive and the basis for choosing this period was not explained. Moreover, the absence of any NEPA review may make this future air tour ban legally vulnerable to a suit from operators. Nonetheless, at least for now, Glacier stands to finally have its quiet skies restored.

It has taken a lot of work to reach this point. It undoubtedly will require a lot more work from PEER to ensure that the serenity of the skies above all national parks is no longer subject to the demands of commercial tourism.