Last week, President Trump signed the $2 trillion coronavirus bill meant to help Americans get through the COVID-19 crisis. From hospitals to small businesses to working Americans, the bill appropriated billions to different sectors of America that have been decimated by the past few weeks. But also buried deep in that bill, was a change in the tax code that “could result in $170 billion in tax breaks for real estate investors,” including a “windfall” for President Trump and his son-in-law Jared Kushner. The insertion of this favorable language into the coronavirus bill was not a one off event. A review of Trump Administration actions during the COVID-19 crisis has revealed a series of actions to use this crisis to enact long stalled policies to the benefit of Trump and his benefactors. 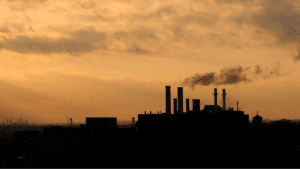 On March 26th, the Trump Administration announced that they were putting on hold compliance requirements for most environmental laws. According to new enforcement guidance from the Environmental Protection Agency (EPA), many companies will largely be exempt from consequences for polluting the air or water during the outbreak. Despite the fact that Americans are fighting for their lives against a disease that exacerbates and kills Americans with compromised respiratory systems, the Trump Administration used this opportunity to eviscerate environmental health laws. EPA recently designated Denver air quality as in “serious non-attainment ” yet has now withdrawn assistance in curbing pollution. “More air pollution not only leads to a warmer climate, but it can also cause major respiratory issues, among other health problems — potentially putting the communities who live near these facilities at an increased risk for contracting COVID-19.” As former EPA Administrator Gina McCarthy said, “This is an open license to pollute. Plain and simple.”

On Tuesday, the Trump administration announced its final rule to roll back Obama-era automobile fuel efficiency standards. The New York Times reported that the EPA and Department of Transportation are “relaxing efforts to limit climate-warming tailpipe pollution and virtually undoing the government’s biggest effort to combat climate change.” On top of these actions, the Trump Administration has used the COVID-19 outbreak as cover to continue a dangerous deregulatory agenda that has gutted clean water protections, limited scientific research for political purposes and delayed restrictions on “toxic chemicals increasingly found in drinking water across the country” that suppresses the immune system. As their pleas fell on deaf ears in the administration, public health experts went public to warn about the disastrous consequences of these efforts and help those trying to stop them.

Whether in hospitals, research labs or in our communities, our underfunded government institutions and under-supported public servants continue to be under attack by President Trump, even as they go to work and fight for the healthcare and welfare of America.  In this time of crisis, governments need to focus on supporting public health and the institutions of governance, not on the needs of those with an anti-health, anti-environment agenda.