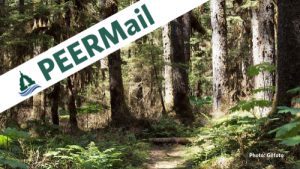 PEER is suing the U.S. Forest Service to force it to produce a long-promised audit of losses from past timber sales in the Tongass National Forest.

In 2017, PEER obtained an internal Forest Service document that found staggering monetary losses in two large Tongass timber sales. This revelation prompted Acting Deputy Chief Christopher French to commission a full audit of Tongass timber operations.  Despite Forest Service public statements this fall that release was imminent, the audit report, its findings, and recommendations have yet to be produced.

The Tongass is the world’s largest temperate rainforest and the country’s largest national forest. The Trump administration is plowing ahead with a full rollback of the “Roadless Rule” for the Tongass, which will open more than half the forest to logging and road building.

The audit that the Forest Service does not want to release will reveal whether other timber sales in the Tongass have resulted in embarrassing financial losses, ecological destruction and harm to local communities and business.

We’re here to make sure that this repeatedly promised audit is disclosed to the public.

PEER filed a complaint in New York under the Public Employee Safety and Health Act (PESH), from 44 public school employees at nine campuses in Queens, the Bronx, and Manhattan, asserting that many New York City schools lack sufficient ventilation to stem the spread of COVID-19 making them unsafe to reoccupy. “The core concern is that most New York City’s schools are incubators rather than safe havens from Coronavirus,” stated PEER Staff Counsel Kevin Bell, noting the reliance on the “tissue test” to see if there is enough circulation to move a piece of toilet paper on a stick. “New York’s education ventilation standards for schools are simply not designed for virus control.” read more »

PEER represents five environmental groups, including Wilderness Watch and the Marin Conservation League, and three impacted individuals in a suit challenging an earlier order approving e-bikes, contrary to an existing regulation. A new rule to approve e-bikes anywhere in the National Parks where human-pedaled bicycles are allowed, seems to be aimed at blocking this pending litigation. Numerous concerns, such as the risks of high-speed e-bikes to visitors and wildlife, spooking horses on mixed-use trails, and degrading the quality of the backcountry experience, have not been addressed, let alone resolved. The plaintiffs are now moving to amend their suit and will seek an expedited court decision on the new Rule’s invalidity. read more »

A veteran, decorated Bureau of Land Management range specialist is in hot water for her efforts to end illegal cattle grazing in Colorado’s San Luis Valley, headwaters to the Rio Grande. Three weeks after she laid out the problems to BLM’s de facto Director, William Perry Pendley, and asked for his help, she was hit with a proposed two-week suspension without pay for “discourteous conduct, insubordination, boisterous or disruptive/disorderly conduct.” “Melissa Shawcroft is being punished for doing her job and trying to protect both the public range and law-abiding ranchers,” stated Rocky Mountain PEER Director Chandra Rosenthal, who is leading Shawcroft’s legal team. “After appealing directly to Mr. Pendley, Ms. Shawcroft is facing serious punishment while the illegal grazing continues unabated.” read more »