BLOG | Is Pendley Indispensable at BLM or Just Undetectable?

Is Pendley Indispensable at BLM or Just Undetectable? 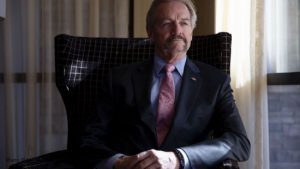 After ruling that William Perry Pendley is illegally occupying the un-confirmed post atop the U.S. Bureau of Land Management, a federal court in Montana is now engaged in a fascinating exercise of determining which of his actions in that role should be invalidated.

The statute Pendley’s appointment violates is the Federal Vacancies Reform Act which provides that actions taken by non-complying officials have no “force or effect” and may not later be “ratified.” The court found that Pendley’s entire 424-day tenure at BLM was illegal and has asked for briefing to identify all of his decisions that should be declared null and void.

Montana Governor Steve Bullock, who brought this legal challenge (similar to a still pending PEER suit), identified three large BLM land plans affecting a major swath of the Big Sky State that should be vacated. Conservation groups are preparing an amicus curia (friend of the court) brief detailing another 60 or so actions. In short, much of the Trump public lands energy agenda could be reversed in one fell swoop.

A controversial self-described “Sagebrush Rebel”, Pendley has been bad news ever since Trump dredged him up from his right-wing Mountain States Legal Foundation. This summer, Trump formally nominated Pendley for Senate confirmation as BLM’s Director. That move created so much political heartburn for the two Republican sitting senators in Colorado and Montana facing stiff reelection fights, within weeks Trump was forced to reverse himself and withdraw the nomination. It is also no coincidence that Gov. Bullock is running for that Montana Senate seat.

But, following that reversal – in the usual gracious manner of Trump-world – Interior Secretary David Bernhardt announced that notwithstanding the end of Pendley’s nomination to legally serve at BLM, Bernhardt would keep him at BLM’s helm indefinitely.

The implication is that Pendley must be an important element in implementing the Trump “Energy Dominance” and other policies. But back in the Montana courthouse, Interior is taking the position that Pendley executed “no relevant acts” at BLM.

Huh? If it is so important that Pendley remain in charge at BLM, shouldn’t his actions be identifiable? Or put another way, why would you keep an employee who took no meaningful actions for 424 days?

From agency documents and employee accounts to PEER, it is evident that Pendley has routinely reversed local BLM managers and dictated outcomes. Bernhardt and company are arguing that, however apparent Pendley’s fingerprints are, he did not add his signature – so much for accountability in government.

Meanwhile, Interior has sent an email to all BLM employees to reassure them that everything is OK, this happens all the time.  Actually, it has never happened before Trump and everything is far from OK.

Finally, Bernhardt, the architect of this crazy legal house of cards, sounding more like a sci-fi villain than a Cabinet officer, tells a Colorado newspaper that environmentalists’ “hopes and dreams are about to be crushed” if they thought Pendley’s removal would invalidate the Trump agenda. (one can almost hear his Bwaa-haha)

But Bernhardt is wrong. Our hopes and dreams for the future are just taking wing.