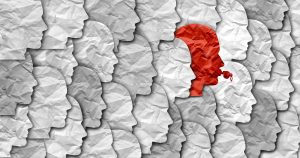 In the past several years, we have witnessed the uncomfortable but indisputable undermining of federal whistleblower protections by the Executive Branch and members of Congress. The public has most recently witnessed this sobering truth in the impeachment of Donald Trump and the administration’s response to the COVID-19 pandemic. Just as the administration intends, the very public flogging of whistleblowers by this administration and its cronies is rippling through the civil service and having a chilling effect on those who would like to report wrongdoing in their federal agencies.

The administration has not limited itself to attacking whistleblowers. It has also taken aim at the public officials charged with detecting and deterring waste, fraud, abuse, and misconduct. CBS News has reported, “In a span of six weeks, Mr. Trump has removed five officials from posts leading their respective agencies’ inspector general offices” after they initiated or revealed malfeasance in the Trump administration.

These actions are part of a dangerous, growing pattern of retaliation by the president and his politically powerful allies against those who report wrongdoing. But they also expose weaknesses in our current system of protecting those that expose malfeasance that predates the Trump Administration.

That is why PEER and a coalition of like-minded groups are proposing a series of reforms to help preserve federal whistleblower protection and provide accountability within the federal government. These steps include:

Two hundred and forty-three years ago, the Continental Congress passed the world’s first whistleblower protection act. Since then, Congress has taken additional steps to protect whistleblowers from executive branch retaliation. While far from perfect, these laws provided some level of protection for whistleblowers, as long as those in power were willing to implement and abide by them. The current administration, working with its Congressional allies, has chosen to blow apart these protections, and in doing so, highlighted how current whistleblower protections are failing and why they are in need of reform.