Whistleblower Provisions in More Than 20 Laws

These laws are principally directed at private sector employees but in limited circumstances may be invoked by federal employees. State employees are constitutionally barred from bringing these federal whistleblower claims against state agencies.

Here is a chart listing all of these laws, who is covered under them, the statute of limitations for filing a complaint, available remedies and other information. Note the usually VERY SHORT deadlines for filing complaints.

These laws forbid employers from taking “adverse actions” against employees in retaliation for reporting violations or for taking actions in furtherance of the purposes of these laws. More detail about their provisions can be found here and you can see an example of how these statutes work.

Procedures for Whistleblower Claims at DOL

Information about how to file complaints under the whistleblower provisions of these environmental statutes is displayed here. The arm of DOL responsible for administering these laws is the Occupational Safety and Health Administration (OSHA). Given its huge jurisdiction, the whistleblower program administered by OSHA is vastly under-staffed. As a result, OSHA investigations usually take far longer than the statutory timelines and the quality of the work is uneven. An overview of the entire complaint adjudication process can be seen below.

Click to see and Overview of the DOL Complaint Adjudication Process

For federal employees who might have a choice of whether to bring a claim under one of the DOL statutes or the Whistleblower Protection Act, there are several advantages, and a few disadvantages, of the DOL process over the MSPB process (see below). It is also possible to bring cases both at DOL and at the MSPB. 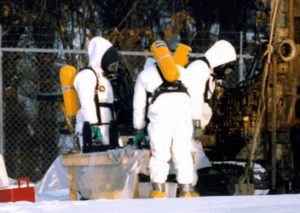