This filing has two related but distinct elements:

Unfortunately, in our current system both pathways offer slim odds for meaningful action. 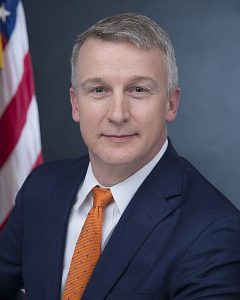 Consider first his whistleblower retaliation complaint which contends that his sudden transfer was made in connection with his protected disclosures, i.e., whistleblowing. Such reprisal constitutes what the law terms “a prohibited personnel practice.”

In this regard, OSC has reportedly made a threshold finding in Dr. Bright’s favor and has asked Secretary Azar to temporarily restore him while OSC completes a full investigation. But, it is unclear why Secretary Azar would accede to this request.

Notably, OSC has no power to order Dr. Bright’s reinstatement pending its investigation. If Azar rebuffs the request, OSC can theoretically seek a stay order from the federal civil service court, the Merit Systems Protection Board or MSPB. However, all slots on the three-member presidentially-appointed Senate confirmed Board are currently vacant – and have been for more than a year. Without at least one member, the MSPB cannot order a stay. Thus, there is no recourse to obtain a stay of the transfer unless Secretary Azar agrees voluntarily.

In addition, if OSC completes its investigation and finds there was a prohibited personnel practice, it may recommend corrective action, but again if the agency does not cooperate, it must petition the MSPB, which cannot act without any members.

On the other hand, if OSC dismisses Dr. Bright’s complaint, or does not act within 120 days, Dr. Bright could bring his complaint before an MSPB administrative judge for hearing. However, the judge’s recommended decision could (and, if favorable to Dr. Bright, likely would) be appealed to the non-existent MSPB, where it would join a yawning backlog of undecided cases now estimated at 3,000 cases and growing larger by the month. If the administrative judge decides against Dr. Bright, he could appeal to a court of appeals, a long road ahead.

The path forward for his disclosure is even murkier. If OSC determines that Dr. Bright’s disclosure has a “substantial likelihood of validity” it then refers the matter to the relevant Cabinet Secretary for investigation. In this instance, Azar would be asked to literally investigate himself.

This absurd situation is compounded further by –

In sum, our system for safeguarding whistleblowers now largely depends on the consent of the violator for any remedy.

In a Trump administration, such consent is a very dim prospect, indeed. This is especially the case as some of the industry malefactors Dr. Bright identified are friends of Jared Kushner, President Trump’s son-in-law and factotum.

This week, the House will hold a hearing featuring Dr. Bright and his allegations. As with the Ukraine arms aid scandal, the House may be unable to force senior officials, such as Dr. Kadlec and Secretary Azar to testify. The result will be a standoff.

For these reasons, Dr. Bright’s case should be Exhibit A for serious reform of the federal whistleblowing system by the next Congress. Besides giving whistleblowers access to jury trials, PEER is pressing for laws that protect both federal science and scientists.

To achieve any meaningful progress, our country must benefit from the hard lessons we are daily learning.