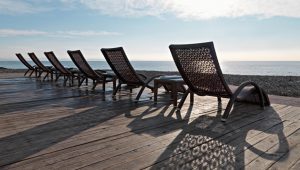 The best way to disrupt a public agency is to reorganize it. Thus, it not surprising that the Trump administration is in a reorganization lather.

EPA is the latest to jump on the reorganization bandwagon. Political leadership has informed unions that its science, human resources and regional offices will be reshuffled. This move appears designed to insulate EPA policy decisions from any internal scientific review.

Meanwhile, Interior Secretary Zinke is pursuing his grand plan to reorganize that agency “for the next century.” After several versions, he has finally landing on a schizophrenic model to restructure Interior along ecosystem lines that somehow respect political boundaries. While claiming that he wants to “empower the field”, this and other Zinke moves accomplish the exact opposite.

Not to be outdone, Trump has unveiled an epic reorganization, merging Cabinet agencies, privatizing functions, and boldly going where the Heritage Foundation told him to go.

For workers caught up in these massive games of musical chairs, it is both dispiriting and disempowering, like being afflicted with a bureaucratic spastic colitis. Increasingly, as their agencies spiral into dysfunction public servants need outside outlets to serve the public. That is the mission of PEER.

We are fighting a plan to decommission one-fifth of the law enforcement officers protecting national wildlife refuge resources and visitors. With refuge law enforcement ranks already 50% below 2001 levels, current plans would leave half of all refuges without any law enforcement presence.

Due to a malfunctioning chlorination system that was not checked for half a year, the research center did not know how many pathogens were flushed into Lake Washington, also the source of the lab’s water. This facility has a long history of maintenance problems causing containment losses. PEER is pushing for an investigation into the lab and advocating that all USGS laboratories be subject to external accreditation, as other federal agencies – including EPA, CDC, and NASA – have voluntarily done.

As a part of his now infamous office renovations, Scott Pruitt purchased a $2,984 Captain’s Desk which carried a warning label about the presence of formaldehyde in the wood. When the desk was delivered, his staff had it stored in an EPA warehouse for a week to air it out.

Yet when EPA finished a draft scientific assessment concluding that Americans routinely inhale unhealthy amounts of formaldehyde, Pruitt put it on hold. PEER is now suing to ensure that this suppressed research finally sees the light of day.

We note with sadness the sudden passing of Tim Mason.

Tim alerted PEER to the mass desecration of prehistoric remains at Effigy Mounds National Monument (a story he recounted in his Eco-Champion video profile on our homepage) in Iowa. He was a true conservationist and a life force. He will be missed.