PEERMail: The Worst One Yet

Of the estimated 95 Trump environmental rollbacks, perhaps none is as dangerous as the latest attempt to gut the Clean Water Act.

The plan to cut back clean water protections will—

In order to create the administrative record to support this radical reversal, Trump political appointees inside EPA excluded key scientific information and gagged its own experts. A PEER scientific integrity complaint details how this massive scientific fraud was executed.

The complaint is co-signed by 44 former and current federal employees, including three former regional administrators, as well as experts from the Army Corps of Engineers, and the U.S. Fish & Wildlife Service. The current employees have signed this document at peril of their remaining careers in federal service.

What the Trump EPA team did was so egregious that they kept the final draft hidden from its own regional offices, as well as its own Scientific Advisory Board after it criticized the lack of scientific basis for the action.

These blatant abuses could condemn this massive rollback to ultimately being struck down in court – but only after thousands of formerly protected waterbodies have been destroyed.

PEER will be fighting to overturn this rollback, but we also think it is important to name the individuals involved, as the complaint does. In addition, we have drafted a statutory prescription to ensure that this type of fraud never happens again, as well as a plan to legally protect scientists from political retaliation for the policy implications of their research. 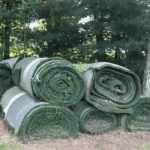 Artificial Turf’s Big Lie. Artificial turf fields have been marketed as an environmentally responsible alternative to grass fields, supposedly by solving a nasty solid waste problem, reusing old tires that are later recycled after removal – but it is a hoax.

Each turf field will last eight-to-10 years. At that point, it is all ripped out and then new difficulties arise. Atypical 80,000 sq. ft. sports field fills between fifteen to twenty 30-yard dumpsters, costing as much as $60,000 to landfill. To hide that cost, vendors routinely advise municipalities that there are recycling facilities in the U.S.; specifically, they point to a company called Re-Match based in Pennsylvania.

Unfortunately, the Re-Match facility does not exist. An email from the CEO of Re-Match that PEER uncovered says, “there is no synthetic turf recycling plant in America yet.” Even the Synthetic Turf Council admits “Unfortunately, converting synthetic turf to a recyclable material that is useable cannot be done at the point of removal. Material must be shipped to different processing locations” – locations that have yet to be identified. 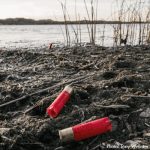 BLM’s Bang-Up Job. Most land managed by U.S. Bureau of Land Management allows target shooting subject only to limits in state or local laws. That means both ranges and popular target practice areas (know as “plinking”) are heavily littered with spent shell casings which have lead, arsenic, and other nasty chemical residues. These wastes are a danger not only to wildlife but also to visitors, volunteers, and employees.

PEER is representing a BLM employee who has blown the whistle on BLM’s failure to police range wastes. We are awaiting a final ruling – that we think will be positive – on his disclosure pending before the U.S. Office of Special Counsel. This Special Counsel finding will be an important tool for a PEER to secure toxic cleanups of BLM’s public ranges. 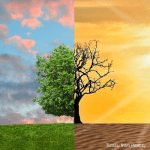 Read PEER’s New Climate Science Blog Post! Our updated catalog enumerates the many Trump administration attempts to hog-tie climate science and how PEER is pushing back.