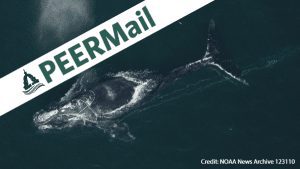 While the House wrestles with impeachment, executive branch agencies are daily flouting the law – usually under orders from political appointees – with little accountability and even less consequence.

Consider some recent examples with which PEER is currently wrestling –

The remedy to these acts of misconduct involves lawsuits by conservation groups, including PEER. In order to win these suits, the nonprofits will have to meet the highest standard in civil jurisprudence: showing that the government action was “arbitrary and capricious” in that it had no rational basis. PEER’s role in these suits is to show that that the agency was/is ignoring its own experts.

Even after the courts rule that an agency acted illegally, the responsible official rarely, if ever, is punished. In fact, there is not even a notation in the official’s personnel file that he or she violated federal law – even if the broken law is central to the agency’s very mission.

Significantly, most all these officials had been promoted to their current positions for doing similar shady work. And they will likely be promoted again for carrying out the latest load of dirty water –that is, unless they have already accepted lucrative jobs with industry.

Merely following orders is not an accepted defense for carrying out illegal, often highly destructive, actions. When the next administration takes office, those who followed illegal orders should be spotlighted.

A vital takeaway from our current experience with a lawless administration should be Never Again. Help us drive this lesson home. 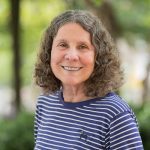 PEER General Counsel Paula Dinerstein is quite busy these days with two appellate court oral arguments in one week. First, she appeared before the D.C. Court of Appeals to argue our suit against the Federal Aviation Administration for failing to limit noisy air tours over national parks. In some parks, low-flying helicopters swoop in (often hovering) at the rate of one very eight minutes. Congress told the FAA to curb excessive overflights in the National Park Air Tour Management Act of 2000. But in the intervening nearly 20 years, the FAA has yet to adopt a single management plan.

Then, Paula is off to California to argue before the 9th Circuit Court of Appeals in our case to get Malibu public school students and teachers out of dangerous PCB-laden classrooms. Goes to show that a public interest litigator’s work is never done. 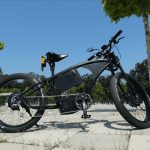 Speaking of illegal acts, PEER and a posse of allies just filed suit to restore the regulation that bans electric bikes, and all other motorized vehicles, from national park trails.

The Park Service decision to ignore, rather than amend, the current regulation was done in a manner that violates several laws and epitomizes thoroughly politicized decision-making that has become all too common.

Forever Chemicals Hard to Throw Away 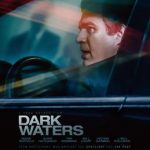 PFAS are substances called the “Forever Chemicals” because they do not break down in the environment. That durability makes PFAS extremely hard to throw away. In retrospect, it was not surprising that PEER discovered sewage sludge containing high levels of PFAS is being made into bio-solid based fertilizers.

That means PFAS is being used to grow crops and, with each rainfall, runs off into nearby groundwater. PEER is pressing for a cradle-to-grave containment approach to stem the spread of this toxic chemical.

And, if you have not seen it, check out the new movie Dark Waters, showing the real-life struggle of one community with these pernicious chemicals. You can also read our blog post on how the struggle to contain PFAS chemicals still continues.