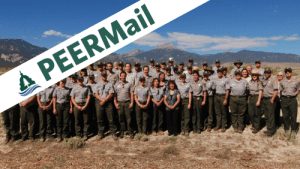 PEER today released the buried National Park Service Voices 2018 report. Stung by a 2017 survey in which 35 percent of the more than 28,000 Department of Interior employees surveyed said they experienced harassment or discrimination within the prior 12 months, NPS commissioned an outreach campaign called “NPS Voices.”

The NPS Voices report was a massive undertaking, drawing upon conversations and meetings with over 1,200 NPS employees. It reveals employees’ concerns about unaddressed harassment and discrimination complaints as well as retaliation for making complaints. NPS employees speak of a broken internal process for reporting and investigating complaints, a history of retaliation against those who speak out, and a failure by Park leadership to hold alleged harassers accountable.

Until now, the report has not seen the light of day.

That’s why PEER is releasing the report and sharing it with incoming NPS Director Charles Sams, noting that changing the dynamics at the NPS will require removing leaders who have perpetuated this toxic culture, many of whom had a hand in burying this report.

The NPS has some of the most talented, dedicated and purpose-driven employees in the federal workforce. Like all civil servants, these employees deserve work environments that are respectful, inclusive, and safe, and their experiences and ideas for improving workplace culture deserve to be heard.

We are glad that we got this report and released it. An essential part of PEER’s work is ensuring voices are not silenced and that political leaders respond to employees’ concerns. A healthy workforce is critical to the NPS’s success in the coming years.

Despite classification as having “the highest probability of radiological contamination,” the Department of Energy proceeded with an October 1 blast demolition of two buildings at Santa Susana in California, producing plumes of uncontrolled dust. Santa Susana is the site of a partial nuclear meltdown and numerous other radioactive and toxic chemical releases. Read More»

A new survey of U.S. Environmental Protection Agency scientists reflects deeply dim views regarding interference with science and the effectiveness of the agency’s scientific integrity policy. These problems are continuing under Biden’s EPA. Read More»