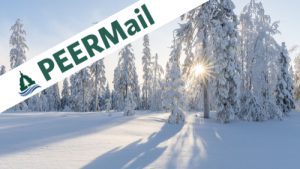 For many public employees, 2020 was a year of adjustment – from working from home to maintaining a constant vigilance to keep family safe and healthy.  At the same time, many public employees saw program and job cuts, and their work overly politicized.  In federal environmental agencies, workers have had to defend their missions from constant assaults by a hostile administration.

During this extraordinary year, PEER is proud to have worked directly with our members and supporters to protect public employees and our environment. Despite many challenges, together, we worked to:

Besides these achievements, we continued to render direct assistance to scores of confidential whistleblowers and internal activists. We robustly used Freedom of Information Act litigation as part of a wide-ranging transparency program guided by insider sources. Through these and other methods, we help public servants exercise their Free Speech rights to communicate concerns to their true employers – you, the public.

During this time of transition to a new year and a new Administration, we will continue to work to improve our quality of life, protect our natural heritage and a livable climate for future generations, and support our public servants throughout the country. Thank you for your work and your continued support of PEER.