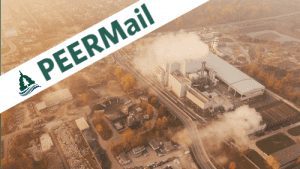 It can be hard for governments and people to stay focused on a long-term crisis like climate change when faced with immediate concerns like a pandemic, an explosion in unemployment and, most recently, civil unrest and protests against police violence.

Yet, our climate systems continue to rapidly change in ways that will have grave consequences for humanity. This year is on track to be among the hottest on record as the levels of greenhouse gases in our atmosphere continue to rise to record levels, with temperatures in the Arctic reaching over 100 degrees and large parts of the north on fire.

These concerns aren’t slowing down the oil and gas industry. During the pandemic, the industry has continued to focus like a laser on working with its allies in government to open up large swaths of public lands to oil and gas drilling, get waivers from environmental reviews for their projects, and help dictate policies that allow the industry to get a free pass to pollute the environment.

That is why we are continuing to defend climate scientists and their work.  We are particularly concerned about what is happening at the University of Colorado – Boulder. Along with leading scientists, community organizations, and elected leaders, PEER is asking for an explanation from the University about their sudden removal of a leading climate researcher, Dr. Detlev Helmig, from his post. As a result, significant scientific data collection on atmospheric conditions in the Arctic and around the globe will be ending.

Not surprisingly, the oil and gas industry couldn’t contain their glee with Dr. Helmig’s removal. After all, not only was Dr. Helmig’s work important globally, but it had also connected spikes in air pollution at the Boulder Reservoir with emissions from fossil fuel extraction northeast of Boulder County, indicating that oil and gas emissions are underreported, and not declining as industry has touted, and that these emissions are the top cause of ozone levels in the northern metro area.

As the climate catastrophe intensifies, investments in climate science and clean energy must be at the forefront of discussions on rebuilding our economy during the pandemic. But change won’t happen by itself, or at the pace we need to match the urgency of the crises, especially when the oil and gas industry is still calling the shots in most of the country and a leading research institution like the University of Colorado turns on one of its most productive researchers.

That’s why, even during this pandemic, climate change remains a top priority at PEER. Collectively, we can force governments and universities to make the changes needed to address this crisis.

As we celebrate Independence Day, we hope that you and your loved ones are safe and healthy.

Pacific PEER Director Jeff Ruch writes about how President Trump will attend a firework show of his own making in Mount Rushmore National Park on July 3rd, and why this is a dangerous salute to toadyism.

Protect Honeybees and Pollinators by Ending the Use of Toxic Pesticides

PEER consultant Rina Herzl explains why pollinators are collapsing around the world and even more so in the United States, and what the Environmental Protection Agency needs to do to stop this insect apocalypse.

The Decimation of the Public Sector Workforce

Executive Director Tim Whitehouse talks about how one bill before Congress can help stop Trump, McConnell, and congressional Republicans efforts to destroy an independent, professional public service and regulatory apparatus to benefit their big business allies.