Coal ash and other coal combustion wastes are one of the largest waste streams in the United States. Re-use of coal ash has, with active support of the U.S. Environmental Protection Agency turned into a multi-billion dollar business that provides a huge subsidy to coal-fired power-plants. 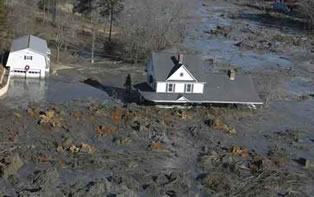 Each year, the coal industry generates over 136 million tons of wastes from burning coal in the form of fly ash, bottom ash, boiler slag, and flue gas desulfurization gypsum. Nearly half—60 million tons—are re-used with little or no oversight or analysis of environmental impact in everything from concrete to cosmetics, despite a growing body of scientific research indicating that these coal combustion wastes ? containing arsenic, chromium, selenium, thallium, lead, mercury and other contaminants ? are alarmingly toxic and will reach our waters, air and soil.

Following the disastrous Tennessee coal sludge spill in December 2008, EPA has belatedly undertaken a weak effort to possibly regulate coal ash going to disposal as a hazardous waste. The main industry concern about regulating coal sludge ponds as hazardous is the “stigmatizing effect” that would have on the growing coal ash market. 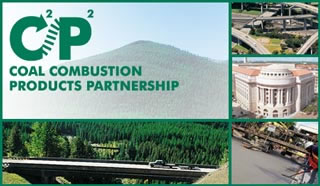 This EPA/coal industry joint venture is called the Coal Combustion Products Partnership or C2P2. In July, 2010, under pressure from PEER, EPA abruptly suspended the program and, without public announcement, yanked its C2P2 website. Nonetheless, EPA still promotes the reuse of coal ash.

Risks Unexplored
Nearly half the recycled CCW is used in concrete and structural fill (in everything from old mines to new golf courses), where the material is supposedly fixed in place. Yet, EPA has conducted no research on what happens when fill materials are broken apart, burned or flooded, nor is it known what happens when products such as carpets are routinely disposed of by burning. Further, EPA’s blanket endorsement of CCW reuse fails to acknowledge the unknown risks of using CCWs as feedstock in high temperature cement kilns or wallboard production facilities.

Huge Hidden Coal Subsidy
EPA promotion of coal wastes generates more than $11 billion each year for the industry, but industry derives immensely greater economic benefit (estimated by the White House at more than $230 billion per year) by avoiding costs it would face if all CCW was treated as hazardous waste as it should be. Further, EPA’s own proposed rules for regulating disposal of CCWs acknowledge that EPA is not even aware of all the current consumer uses of CCWs.

Coal-Flavored Cauliflower
As part of a partnership between EPA and the coal industry, the U.S. Department of Agriculture is asking farmers to use coal ash to grow their crops. USDA endorses use of coal combustion wastes “for crop production” while acknowledging uncertainty on the extent to which “toxic elements” are absorbed into produce.

Soaring Use of Coal Waste in Homes Risks Consumer Headaches