Biden Administration Choices will Determine the Future of the Federal Workforce

Overall, the taxpayer gets an extremely good deal with the federal employee. However, Department of Interior (DOI) federal workforce leadership and agency missions have been severely compromised and highly polarized over the past four years, creating a significant drain on senior staff, with a proportionate downturn in capacity, productivity, responsiveness, and especially morale. The public trust has been eroded due to arbitrary and capricious administration and decision-making; lack of a durable vision; mixed messaging at the national, regional and local levels; mission contravention; lack of scientific integrity policy (and lack of adherence to a policy); lack of staff; lack of funding; office consolidation and fragmentation of national and regional offices; and, the ill-conceived “One Interior.”

The federal workforce, statutes, and regulations they administer are to be uniform and consistent, provide a continuity among and between administrations, be adaptable to advances in technology and information, and withstand rigorous scrutiny and challenges of an increasingly discerning public – not reinvented with every election.

The sound bite “do more with less,” in reference to dealing with reduced staffing and budgets, has been persistent in gov-speak. Real world situations just don’t work this way – with less, less gets accomplished. Many activities and functions are displaced, ignored, or overwhelmed by continual “crisis” mode. If it’s important to the national agenda or agency mission, the public it serves, or natural resource conservation, the executive/legislative branches need to provide the tools to do the job or change those priorities.

Given the magnitude of the environmental issues this nation and global community are faced with, it is time to step up or shut up. And not just for the next four years, but with a vision far into the future. Annual budget cycles for multi-year efforts do not facilitate visionary actions or planning when the potential looms for reduced funding and staffing. So the executive and legislative branches need to provide continuity and consistency in priorities and follow through in a meaningful manner like the future really does matter. 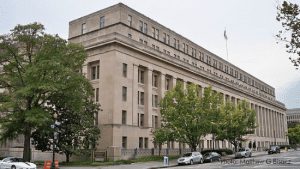 The Merit System is chronically broken, regardless of its intent to be a neutral hiring and promoting mechanism selecting only the best qualified candidates. Over the past four years, it was further crippled by allowing DOI agencies to fill critical staffing needs with lateral transfers, destroying the career hopes of many and moving poorly qualified people into better positions regardless of skills, knowledge, abilities, or seniority. In addition to destroying morale and teamwork, this sets up a situation in which particular personality types, or ways of thinking, become more firmly entrenched to the detriment of broader thinking – quashing innovation and creativity.

The “best and brightest” have been purged from federal workforce, especially over the past four years – attrition through retirements, inter-agency career shifts, or outright quitting in frustration. While the departure of high-grade GS staff may be viewed as a great selling point to the taxpayer, it is a dimes-to-dollars in reality. The remaining staff is younger (not a bad thing in itself), less experienced, less trained (particularly with regard to discipline specialties such as sciences – to wit, environmental science is not a rigorous science degree), possesses less depth of knowledge when it comes to complex issues, and lack mentors to turn to in the larger workforce. Quality mentors have been purged, leaving those with paradigms they were fed which may not be so healthy for an agency reinventing itself. All this translates to a poorer personnel management and natural resource administration, narrower vision for interdisciplinary factors – critical in gov-think resource management – and less capacity to integrate issues. Rigorous education requirements for critical staff positions needs to be reinstated.

Probably the most challenging factor facing the federal workforce will be new recruitment and future retention. A civil service career now might be ranked below used car sales. This again is a public trust consideration, but works two ways – by the employee and by the public they serve. The public has lost trust in the federal workforce, so why would a career choice in government rank high for anyone looking to start a career as a civil servant? Conversely, given the less-than-happy (“hostile” may be too harsh, but maybe not) nature of the federal workplace, why would retention continue to rank high for federal workers? Hence, the recent surge in departures. The federal workforce is reimbursed far below parity with the private sector. Given the controversy about environmental issues in a vacuum devoid of politics, that alone could be an uphill struggle. Add politics to environmental issues and recruitment only gets more difficult.

The DOI agency missions are highly politicized down to the lowest field levels. Not only will department heads and deputies need to be replaced, but even division branch chiefs will need to be replaced in order to get these agencies and workforce back to their intended missions.

A positive corrective action on behalf of DOI agencies will require a concerted effort to re-center agency missions. Rank-and-file employees must be able to focus on their jobs and not the politics buzzing around it. Such action is urgently needed to assure successful administration and management of federal lands and natural resources for future generations.

John Martin is the Former Regional Refuge Ecologist for the Alaska Region with the Fish and Wildlife Service. John has over 35 years of federal service and now lives in Dolores, Colorado.