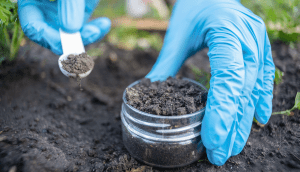 Environmental contamination of per- and polyfluoroalkyl substances (PFAS) has exceeded a new planetary boundary (environmental limits within which humans can survive), according to a study published earlier this week. Researchers compared levels of four perfluoroalkyl acids (PFAAs) – PFOA, PFOS, PFHxS, and PFNA – in rainwater, soils, and surface waters around the world, and found that governmental health advisories were exceeded worldwide, even in remote locations like Antarctica and Tibet.

Levels of PFOA and PFOS in rainwater exceeds the U.S. Environmental Protection Agency’s (EPA) Health Advisory Levels and is contaminating soils, surface waters and drinking water. The researchers hypothesized that these Health Advisories are likely not reachable without an investment of huge cleanup costs given that “most drinking water sources on the planet will have PFAS levels above the advisory levels.”

The authors cautioned that soils are already contaminated with PFAS due to atmospheric deposition, but if soils are amended with biosolids, PFAS levels in soils will increase and PFAS can leach into surface waters, groundwater, and drinking water. Many scientists assumed that PFAAs would eventually reach the ocean, where they would be diluted and be relatively harmless. But certain PFAS, including the four PFAAs in this study, “can be significantly enriched on sea spray aerosols (SSA) and transported in the atmosphere back to shore where they will be deposited and contaminate freshwaters, drinking waters and surface soils.” In other words, this cycle of PFAS in the hydrosphere means that levels of PFAAs in rainwater “will be practically irreversible.” 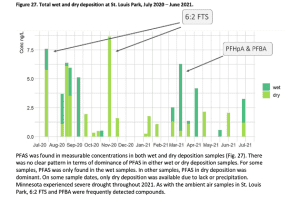 Authors of today’s study conclude that “it is of great importance to avoid further escalation of the problem of large-scale and long-term environmental and human exposure to PFAS by rapidly restricting uses of PFAS wherever possible.” EPA’s whack-a-mole approach of regulating PFAS one by one, instead of as a class of chemicals, will doom us to adverse health outcomes for decades to come. EPA must regulate PFAS as a broad class and ban all non-essential uses immediately.

Kyla Bennett is a scientist and attorney formerly with EPA, Kyla is PEER’s Director of Science Policy as well as the Director of PEER’s New England field office.