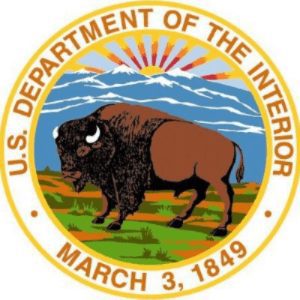 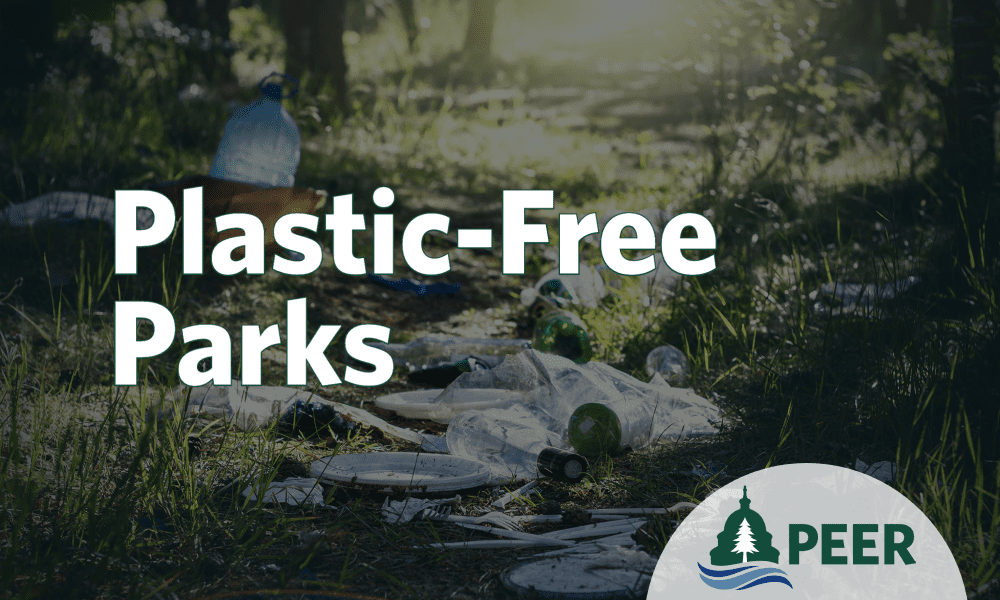 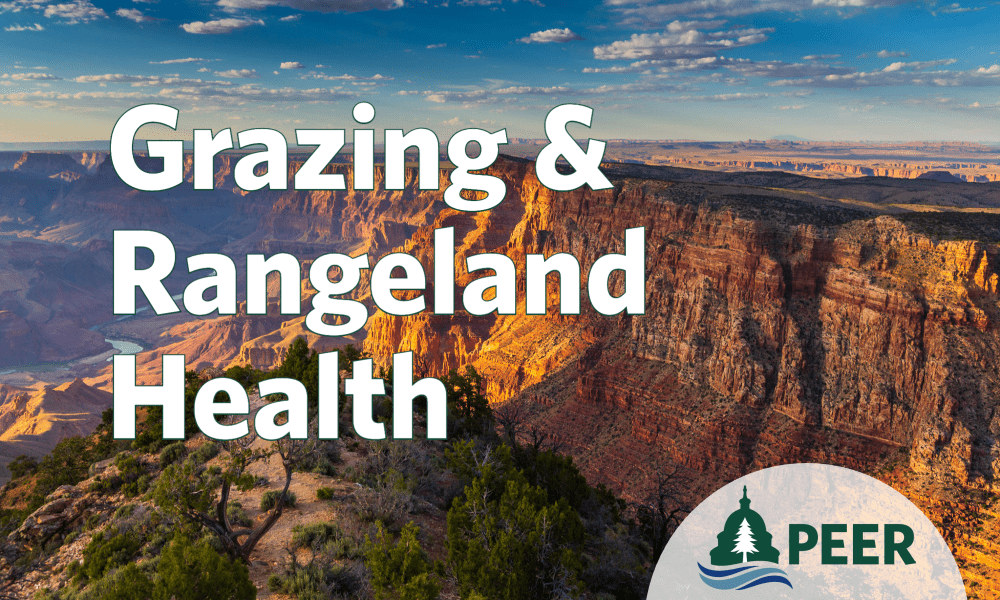 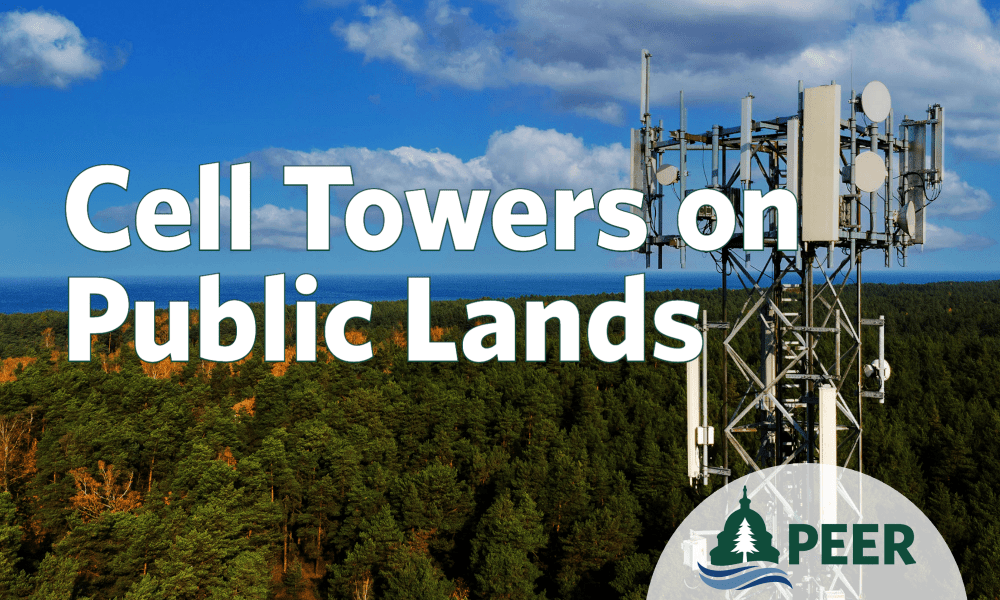 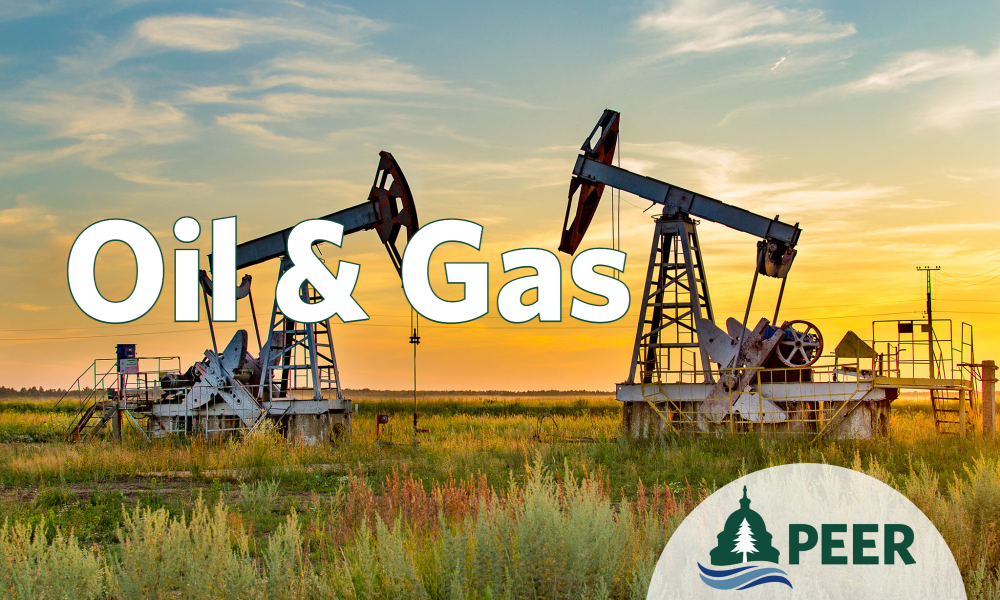 Park Service Criminal Investigators Down by Nearly Half

November 17, 2022
DESCRIPTION: Rulemaking Petition to Secretary Deb Haaland to ban the use of lead ammunition and tackle in national ...
Read More

September 6, 2022
Together, we can make plastic-free parks a reality in #2NOT10 years!
Read More

June 10, 2022
DESCRIPTION: Outside Witness Testimony in Support of Increasing Staffing Levels in Public Land Use Agencies TO: ...
Read More

March 7, 2022
DESCRIPTION: Public comments submitted in response to a call for public input in developing an “Atlas” to track a ...
Read More

December 13, 2021
The Biden Administration's pick to lead the Fish and Wildlife Service, Martha Williams, seems to be lacking in the ...
Read More

June 30, 2021
The National Park Service must act quickly to address the crisis of plastics in our parks, Sec. Haaland has an ...
Read More

April 29, 2021
Structural changes within the Department of Interior will further Secretary Haaland’s goals of tackling the ...
Read More

March 18, 2021
DESCRIPTION: Letter to Department of Interior to extend the Suspension of Delegated Authority from January 20, ...
Read More

December 22, 2020
A guide for the Biden administration to avoid repeating the Trump administration's unlawful actions in making ...
Read More

PEERMail | “Advice and Consent” Is the Law

September 15, 2020
Bureau of Land Management must confront climate change effects as a central element of its mission, as PEER ...
Read More

Beyond 2020: Bureau of Land Management

September 14, 2020
Conflicted leadership, loss of institutional knowledge, and marginalization of staff have left the Bureau of Land ...
Read More

Comments on William Perry Pendley’s Unfitness to Lead the BLM

June 29, 2020
Trump plans to stage a dangerous distraction disguised as fireworks at Mt. Rushmore, risking both wildfires and ...
Read More

June 2, 2020
In the midst of a pandemic, corruption at the Department of Interior continues with slashed oil and gas royalties ...
Read More

May 11, 2020
Violations of Constitution and Vacancies Act Charged for Unconfirmed Chiefs
Read More

April 13, 2020
The still-unfolding pandemic has underlined the public health risks that national parks and refuges pose both to ...
Read More

April 8, 2020
As more than 100 national park units have closed, hundreds more remain open in an uneven handling of COVID-19 by ...
Read More

May 16, 2019
There are different bureaus with different missions that sometimes conflict. A unitary command would prevent ...
Read More

May 14, 2019
Inspector General Asked to Take Action Against Department of the Interior Violations
Read More

March 31, 2019
Eight political appointees are leading most of the Department of the Interior bureaus without the required “advice ...
Read More

The Woman from Monsanto Inside Interior

PEERMail: David Bernhardt and the Banality of Evil

February 13, 2019
As disturbing Trump appointees go, Scott Pruitt at EPA is hard to top.  Well, somebody else who has that potential ...
Read More

October 2, 2017
Diverted to Pick Up Wife, Aunt, and Guests He Classified as “Technical Experts”
Read More

May 11, 2017
From: Greenwire “"I am writing you on behalf of Public Employees for Environmental Responsibility (PEER) to ...
Read More

Exxon Valdez Damages Suit Drags Into 2015 and Perhaps Beyond

April 4, 2013
Review Asked for Overhead of Up to 50% in Open-Ended Reclamation Contracts
Read More

January 10, 2013
State Focused on Capacity of Towing Vessel to be Towed, Not on Its Ability to Tow
Read More

Farewell Message That BLM Has Lost Its Way

October 3, 2012
Safety Agency Can Produce Only One Page of Notes to Demonstrate Cap Reliability
Read More

Time to Appoint an Effective Inspector General at Interior